As time closes in - Part One: Next Tournament Army List 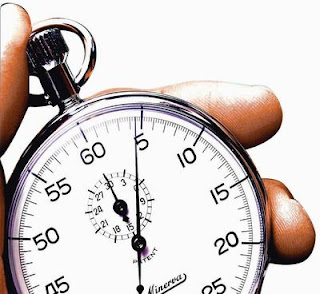 Time is running out fast until my next tournament.  In 8 Days I will be on my way to the 10th 40k Online Tournament.  This tournament gives me the opportunity to try out a new 1750 points list.

In my first tournament with the Dark Eldar since the new codex I used a list with 6 troop choices.  After that I played in two 8 games over two tournaments using a 1500 point list that did nothing apart from drop 2 troop choices from the list.  My experiences over these 8 games and other games against my mates is that I should try out adding none troop units when I move back up to 1750 pts.  Part of the reason is that you only need to win by one objective and because the rest of the Dark Eldar army is so fast they can contest objectives.

The two main things I think my list needed were (my previous 1750 point list can be found in this battle report, and my 1500 point can be found here):
Lastly I wanted to upgrade a ravager to a razorwing (whose missiles could help against hordes).  Anyway here's the list I'm planning on taking at the moment:

Obviously trying to fit in a beastmaster unit, a reaver unit and upgrading a ravager to a razorwing (which cost well more than the extra 250 points I had over my 1500 point list) meant that I can to cut into the existing list.  Sacrifices include droping the incubi to 5 models, reducing my troop choices to 3 units of 9 (after the haemonoculus joines a wych unit), and even the wracks lost their Acothyst.

There was not even the points to upgrade the twin-linked splinter rifles on the razorwing to a splinter cannon (a measily 10 pts), or add unit leaders to the wracks, reavers or incubi for extra leadership.  Vehicles upgrades are also absent (I would dearly love some flickerfields on the heavy support vehicles).

Also although I said that I wanted AP1 to help my anti-tank, even though I have included 2 heatlances on the reavers my lance total has dropped by one.  I lost one dark lance by using a razorwing rather than a ravager, the incubi raider (with dark lance) was replaced with a venom, and one less wych squad meant one less raider with a dark lance.  I'm hoping that because I regularly moved my transports fast to get my assault elements into position will mean the reavers dedicated to tank hunting will offset the drop in lances.

I feel the list is more balanced in two main areas:

The close combat ability is better balanced between light and heavy infantry.  In my old 1750 points list (seen here) I had assault elements of Incubi, 3 Wych squads & 1 Wrack squad, now I've lost one wych squad but included a beastmaster unit, plus the reavers can help if neccessary.  Also both the beastmaster and reavers aren't reliant on paper thin transports for their speed.

Compared to the 1500 point list the list is more balanced between shooting and combat.  My most convincing games were where I almost shot the opponent up so bad that combat was just a mopping up exercise.  However when I faced another shooting army, good examples are a battle report here and when I faced a shooty marine list, I was outshoot and I didn't have a good enough alternative response and I only won through good generalship and being focused on the objectives.  I think having a gunline Dark Eldar army leaves you at the mercy of tournament match-ups turning into a game of paper-scissors-stone.

This tournament will be a real test for the beastmasters.  Some people like them (including myself in the few test games I've had against my mates), and other people think their fragility is too much of a weaknesses.  I think they are a unit that will need to be played carefully.  I will try to adopt simular tactics to my incubi, partically because with the incubi they are the only two units good at killing MEQs quickly.  They will follow just behind the wave of 3 raiders and aim to kills target of opportunity or help extract the wyches and wracks from combats with heavy infantry they are struggling with.

Beastmasters, along with the many units that are leadership 8 in the army, are the reason the grisly trophies on the trueborn venoms were not cut.  I will have to plan my approach to the enemy carefully to try and keep the trueborn venoms in range of the beastmasters and key combats I may lose by 1 or 2, where their granted leadership test reroll could be cruicial.

Ideally I'd like the beastmaster unit bigger but the points were too tight at 1750.  I've got a 1800 point tournament in October, so if they do well I will increase them to 14 models (an extra beastmaster, krymera, and 2 razorwing flocks), as well returning the incubi to 6 models in a raider.

As time closes in - Part Two

Later in the weekend I'll post what's on my painting table for the tournament, but feel free to leave your comments on my intended list, tweaks you think would make the list better, or tactics I can use.