With the release of 8th Edition, all my armies would need work, so in an effort to get armies up to spec as quickly as possible I decided to concentrate on my two favorite factions, which also happen to be my largest, so Dark Elder and Tau it is.

I thought my Tau would need more work than my Dark Elder, so oddly I decided to concentrate on getting my Tau redone for 8th first, including getting it fully painted, while I assembled the few extra models for my Dark Eldar so I could play them at my local club.  My decision was also driven by the fact that I had quite a few Tau models I wanted to finish painting including one of the new commanders, a forgeworld commander, some XV9s, and an idea I had for converted Vespids (as they don't suck this edition).


The Right Tool for the Right Task

The biggest change in 8th, in my opinion is that you had to diversify the weapon types you used. No longer would a multiple shot mid strength weapon cover most of the targets in the game.  Against infantry they would wound most targets on 3's rather than 2's, most monstrous creatures had doubled or tripled in wounds, and vehicles tripled to quadrupled their hull points into wounds, plus gained a save.

One of the odd weaknesses of Tau is their long range anti tank. While Marines can spam lascannons and missile launchers quite efficiently, both predators with 4 lascannon shots and 5 devastators with 4 lascannons are under 200 points (190 & 165 respectively). Tau Railguns and Heavy Rail rifles are on much more expensive platforms for how many shots they get (chepest Hammerhead & Broadside are 171 & 165 points respectively).  Missile Pods are nice, but the poor AP modifier and D3 wounds means that it can strip a few wounds off vehicles but will struggle to do much to tough vehicles.

The best Tau answer to vehicles and monstrous creatures is fusion (melta) weaponry, having the same hitting power of a single shot from a heavy railrifle (less the chance of extra mortal wounds) with more reliable damage within 9" (rolling two D6's and picking the highest). Being the most efficient fusion platform; the Quad Fusion Commander, a Commander equipped with 4 fusion guns, was born. The QFC has a number of advantages over the other fusion platforms:
When combined with protection drones provide these advantages have seen people spam commanders, however while they are as tough as a space marine character on a bike (toughness 5, 6 wounds, 3+ save) that is not hard to get rid off if they are focused on.  It doesn't matter how efficient a unit is if it only gets to fire once before dying.

A perfect example is when I played a 1000 point game against Guard.  I identified the opponents Vanquisher as a key threat to Longstrike.  First turn my QFC manta striked 18" away from the tank, which was about 12" away from the Guard front lines, and after Longstrike fired the QFC finished off the tank.  However Pask in a Punisher tank (old rules so only 20 shots) made the QFC a red smear on the battlefield.  My QFC managed to kill half a Leman Russ before being removed, not the best return, even if Longstrike had a much easier game without the Vanquisher around. The obvious solution is to take ablative wounds, ie. drones.  You could use crisis bodyguards but drones does the job so much more efficiently.  The only issue we have is that a commander can only bring two drones.  You can take multiple commanders and they can all share the protection from all the drones, but that's still not many drones for how many points they are protecting.

You can deepstrike on mass with Crisis suits near the commanders.  Crisis suits can bring 2 drones per member of the squad, so it you have 2 commanders and a unit of three Crisis suits you could have 10 drones for protection.  Now were getting somewhere, but 10 drones aren't that hard to destroy, so there's one more option for heavy deepstrike, and that is to use Forgeworld XV9 Hazard Suits.  They can bring 4 drones per unit (I'm almost sure that this is a typo and should be 2 drones per squad member, but we have to work with the actual wording in the Index).  Luckily the XV9s can come in units of 1, so if we have 2 commanders and 3 monat (single model) units of XV9 Hazard Suits we can have 16 drones.  Not only will the 16 drones protect the commanders, but the enemy also has to kill (and most likely overkill) the individial XV9 Hazard suits. 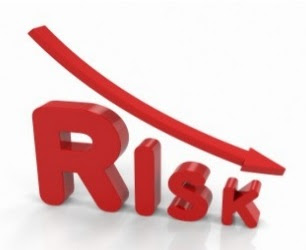 Rather than opting for the first easy target for the commanders to deepstrike against you can be more conservative and wait for a better position where their commander is less likely to die the following turn.  There are a couple of good options to help you deepstrike more conservatively while still getting a first turn hit against a good target.

Deepstriking behind advancing friendly infantry can allow the commander to still hit target units in your opponent's deployment zone while being safe for reprisal as he can't be targeted unless he's the closest target.  Tau have some good units for this.  Kroot and Pathfinders get a free 7" move before the game begins (and key, after the roll for the seize the initiative).  If they use this free 7" move combined with  7" move plus D6" advance on the 1st turn they can be 29-34" up the board, with the usual 24" gap between armies on deployment this 2-7" from the edge of their deployment zone, plenty of space to deepstrike behind them and hit something deep into the enemy's deployment zone with 18" range fusion guns.

If going 2nd you won't be able to be so aggressive with the pre game move, but a few inches move forwards into cover can help.

Kroot Hounds are another good unit to do this tactic with as they have a fast 12" move, so can be at the centre of the board (before the extra D6" advance move) still allowing commanders to deepstrike behind and fire into the front edge of the enemy's deployment zone.

Lastly Fast Attack slot Drone squads can also advance to give additional ablative wounds to the ones deepstriking with the commanders.  A decent advance roll will see the drones on the half way line, plus they have the advantage over other infantry in that they only have to be within 3" of the commander to offer protection rather than having to be in front of the commander, like kroot or kroot hounds.  Again this can be used to shoot fusion guns into the opponents deployment zone without being as risky as going it alone.


Another further tactic is building your list to be ready for going 2nd.  If you can build your list to be resilient to enemy firepower, eg. key expensive units protected by drones, having lots of units so it is easy to out-deploy the enemy with units that are expensive and can't be shielded by drones (eg. Stormsurges and Hammerheads) placing them in areas where they will face less enemy firepower (line of sight blocking terrain and/or out of the enemy's range).  In this scenario you have less need to kill the devastator type units straight away, and can focus on the fast moving enemy elements as your army moves up as a whole.  This gets you board control (especially good in maelstrom games).


Well that's my main tips on keeping the crucial Quad Fusion Commanders alive to keep killing the enemy armour and monstrous creatures as long as possible.  Let me know what you think of these tips, and how you keep your Tau Commanders alive.