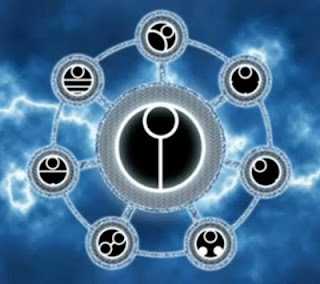 Well I finally finished my battle report for my second new year's eve game (apologies for the delay).

That day I managed to get a 3rd game in, against another mate's ork army. He had a more mech army than the one I faced in my first game. He had 3 trucks (one carrying a mek with a custom forcefield giving everything cover saves), however he didn't have a battlewagon. He had a large unit of lootas, large unit of grots to sit on an objective, and the ork jump packers with the special character that allows them to assault the turn they charge. To round the army off he had a warboss with normal bikers, and a unit of deff koptas.

Apart from a bit of bad luck first turn, when I reduced the cover save on a truck to 6+ and he rolled a 6 everything else went textbook style.

My opponent was an inch out charging kroot, so instead was charged by a unit of 17 and wiped out. The jump pack orks has a mishap when they eventually turned up, and were placed in the far corner (we were playing quarters). The warboss and bikes didn't blow up either of the devilfish or hammerhead they charged, and then were wiped out by railgun, missile pods and burst cannon fire.

Basically everything went wrong for my mate.


Army Performance Over the Day

Looking at how my army performed, the extra firepower from going down to 3 troops choices definitely worked.

I will miss the positional relay, a couple of games my troops all came on early when ideally I would have liked to delay them as long as possible. I will try a few more games without the positional relay before I decide to put it back in, especially as I'm finding it better most of the time to have all the crisis suits on the table from the start and having less troop units means using the positional relay wouldn't delay my troops as much as when I was previously using it.

The Broadside team leader target lock will have to come back into the list. Previously I'd been having games where there was a main target that had to go down that I would fire all 3 railguns at. However against the marines there was 2 turns I would have really liked to split the broadside firepower, eg, 1 shot against the side armour of a weaponless vindicator (who eventually contested an objective stopping kroot from getting it), with the other two shots against a drop pod, rather than having to put all three shots into the drop pod which was contesting an objective (a bit of overkill).

Plasma & Fusion Suits; nearly every turn I wished I just had longer ranged guns. It didn't help that it took the 2 fusion guns two turns to kill an ironclad dreadnaught. If the unit has plasma & missile they would have ignored and run away from the dread while firing into the Marine troop choices, which probably would have been much more worthwhile.

Drone Protection: I found the protection the drones on my crisis suits very useful. However I found that particularly against the marines at one point they almost seemed too protected when my shas'el joined a unit. The mixed unit would have three different types of crisis suits for wound allocation and 4 drones between them.

Against marines I still think I need a bit more plasma. If I swap the fusion guns for missile pods, my shas'el can go back to plasma & CIB for the ultimate anti-marine loadout. To make the changes I'll have to drop 2 kroot hounds, so I'll have to see how the 6 less attacks will affect them.

Overall I like the way my army list is going. For my next iteration I'm going to drop the fusion guns, maybe I'll bring them back into the list on pihranas later.

Below is the list I will be taking to my next few games:

The main changes are in the crisis suits weapon systems and the number of drones protecting the crisis suits. The new crisis suit unit will now be a basic fireknife unit (it's funny how things come full circle, plasma/missile used be my main weapon load out in 4th edition, and the plasma/CIB shas'el was the commander i used the most then).

The shas'el will now join join the plasma/missile unit so they have some drone protection. Not giving the new crisis unit drones allowed me to put in an extra plasma rifle than before, and losing the 2 kroot hounds allowed me to put plasma on my shas'el and give the broadside leader a target lock.

My crisis suit (including shas'el) high strength (6+) weapons have gone from:

More high strength weapons and more range, but at the expense of less ablative drones. I'm looking forward to field testing the new list, which should hopefully be next week, as my mates and I have a few days off next week, so will probably do a bit of gaming one day.