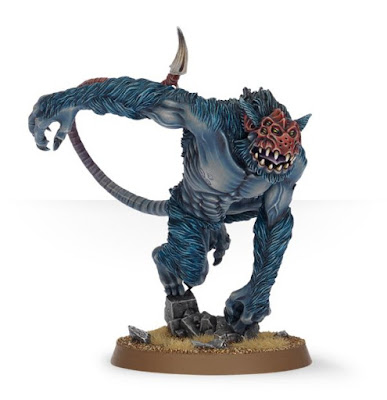 For my second article in this series we look at the big monster from the beastpack; the Clawed Fiend.  Compared to the Dark Eldar's other Toughness 5 monsters (the other two being Sslyths and Grotesques) the Clawed Fiends are the fastest, strike earliest (higher initiative), and hit with more attacks on the charge (unless the Grotesques are outnumbered), and they do this at the lowest cost per wound.  So why aren't these models seen more often, and what do I think of them ?

There are a number of reasons why this model is rarely seem on the gaming table.  The first is that the model is finecast and therefore expensive, next the model comes in only one pose, putting off modelers who don't like identical models in a group and don't want to convert finecast.

However a quick google picture search will show lots of examples of much cheaper alternatives.  This goes for all the beastpack models as this comparison shows: 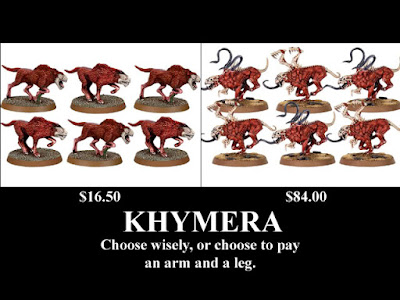 A good example of an alternative conversion is the pic below from Dave Taylor Miniature's blog:

based on Undead Vargheists, but a google search will bring up loads of other examples from conversions based on Warhammer Ogres to Privateer Press and other manufacturer models.  Dark Eldar is great for conversions so let your imagination go wild.

So now we have got the cost and modelling issues out of the way, how good are Clawed Fiends on the battlefield.  The obvious comparison is against Grotesques & Sslyth, and the comparison starts off well with Clawed Fiends being the cheapest per wound, and being Beasts they are fast across the battlefield, are not slowed by terrain meaning they don't need (even if they could take one) a transport, and more importantly aren't slowed to infantry speed if they lose a paper thin transport.

The pluses keep coming:  Clawed Fiends have a high enough initiative that they strike before Marines (unlike both Grotesques & Sslyths).

So with these significant strengths what are their weaknesses:

The first is that they are only WS3 not 4 like the rest of the Dark Eldar army.  This means that they will get hit easier by WS4 opponents.  However it does not affect what they hit on against WS4, 5 or 6.  If you pick the right target and strike first doing enough damage that there aren't too many attacks coming back you can mitigate this issue. 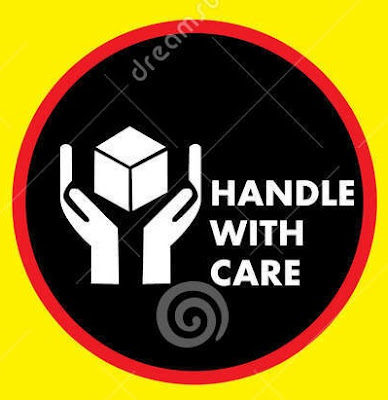 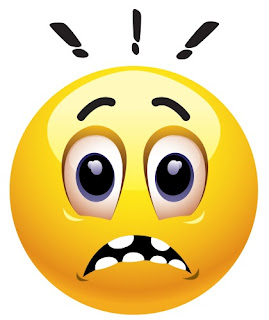 Lastly Clawed Fiends have horrible leadership, and that it the same for their rivals (Grotesques and Sslyths), however rather than having to include a expensive independent character like Grotesques, they can include a 10 point beastmaster upping the unit's leadership to 8.  The beastmaster should be placed at the back of the unit, and if you have two beastmasters they shouldn't be placed close to each other to avoid them both being taken out with one enemy volley.

Overall the Clawed Fiend epitimises the Dark Eldar way of war.  They hit fast and hard but are very fragile.  To get the best out of them advance through cover to get a cover save (it doesn't slow you down after all), and hit targets that are not going to swing back with a decent number of attacks and definitely not high strength attacks (as having a high toughness is their only protection).

Even if they distract the opponent firepower, even the fragile Clawed Fiends should tie up a decent about of the enemy's firepower that would otherwise kill serious chunks of the rest of the Dark Eldar force.  Meltaguns and Lascannons will only knock off one wound, and they may even by saved by a cover save.

If you have a few aggressive elements of your army, Clawed Fiends can help give you the critical mass so that some of those elements get through.  In some games my Clawed Fiends have been seen as a huge threat and were taken out in two turns, but that allowed my Krymerae to get to assault the enemy, sometime it's the other way round.  Other times they are ignored in favour of the usual units people expect to see in a Dark Eldar army and know are good, Ravagers, Venoms, Grotesques.

Preferred targets for the Clawed Fiends are S3 T3 models (because they'll find it hard to wound the Fiends while being wounded easily by them), units with not too many attacks, particularly if they are Init4 or lower and will strike after the Fiends. Non-Walker vehicles with rear armour 10 or 11 are also good targets (5 charging fiends average 3.4 hull points against rear armour 11 and twice as much against rear armour 10).

Watch out for str10 weapons, unfortunately on the increase with the new Eldar.  However pick your targets well and plan your approach and Clawed Fiends can do well.

The limiting factor is the leadership 8.  You shouldn't put to many points into a unit that is only leadership 8, so this is about as large as I'd go. Adding another Krymerae and Clawed Fiends puts the unit cost past 200, which is a large amount for such a fragile unit. 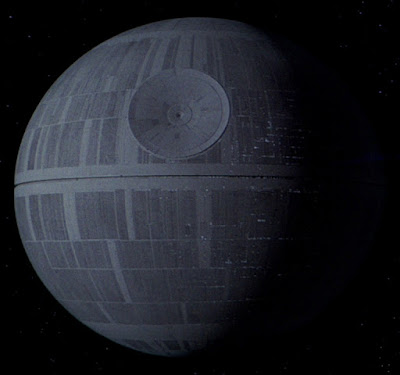 So after saying that the beastpack is too fragile and has poor leadership to have a big unit, if you did want to go this way this is what I would do:

Have 6 Krymerar and 6 Clawed Fiends - you want as much hitting power from the max 12 models you can take while maintaining majority toughness 5.
Then add an allied Eldar Autarch with Swooping Hawk wings and a banshee mask (remember eldar charaters on jetbikes no longer have fleet with the new codex).  Finally give the Autarch the Shard of Anaris to make him fearless.

The beastpack costs 240 pts, with Autarch pushing the total past 350 pts.  But you have a fast unit that starts of with 27 majority T5 wounds that have Krymerae at the front with their 5++ inv save, and best yet no one can overwatch them when they charge.  The beastpack alone puts out 24 Str 4 and 36 Str 5 attacks on the charge :)  Still has some big weaknesses, like a wraithknight would laugh at their attacks and them stomp them into next week, but against most units it will just roll over them.

Well that's it for Clawed Fiends, probably the least used out of the Dark Eldar assault units, however it's a unit that has a nice niche, and I think should be considered.

What's your thoughts and experiences with the Clawed Fiends ?  Do you run them alone or in a mixed beastpack ? Written them off as not worth it - let me know your thoughts.